MARKET OF REAL ESTATES IN POLAND

Cheap grounds attract investors. After the wave of investments of Irish developer firms in Poland, the Spanish are prepared for expansion on our market. They can invest in Poland over billion zloty. On Friday, the Spanish firm Fadesa, specialized in residential investments, has signed an agreement with Prokom Investments to create a company Fadesa Prokom, where the Spanish will hold 51 percent of shares. Its first investment will be a construction of about thousand eight hundred apartments in Wilanów (district of Warsaw) on surface of 17 ha. Company will buy 12 ha of ground from Prokom Investments, and next 5 ha from Bank Millennium. The new company will be specialized in construction and sale of apartments. It is prepared for next investments also in Krakow also, Gdynia - Sopot - Gdansk and in Poznan, but in smallest scale already. The investments can start at the beginning of next year. The owners of new company do not exclude to introduce it in future on stock exchange. - I am honored that we have such partner. We want to achieve the position of leader on Polish market has said during Friday press conference - Mr. Ryszard Krauze, main shareholder of Prokom Investments. Several weeks ago there was organized a conference in Barcelona by Eurobuild Poland, in devoted to investments in Poland, which was of a big interest for Spanish developer. - The Spanish are really the most active. The interest is not expressed in significant investments else, but from the declaration results, that the can invest in Poland hundreds millions euro - has said Mr. Jacek Bielecki, general director of Association of Polish Developer Firms. It is not accidental, that firms from Spain and Ireland want to invest on market of estate. - The Spanish know from their own personal experience how big money from EU founds has influence on prices of real estates, and development of developers’ market. They expect the same in Poland - has said Mr. Michal Kubicki, the director of Realia Polska Inwestycje, the company belonging to the Spanish company Realia.

Mr. Jacek Bielecki adds another argument. - The Spanish have fear of overheating of the economy in their country. There were build in Spain in last years over 500 thousand apartments a year. So, they search a market, where they could invest money. Poland is interesting for them, because Poland is the biggest new member of the Union, but simultaneously has the worst residential situation from among all 25 countries of the Community - says Mr. Jacek Bielecki. In Poland are present the two biggest Spanish firms - Ferrovial, the biggest shareholder of Budimex and Necso Inmobiliaria, the company from the group Acciony, the main shareholder of Mostostal Warszawa. Recently Promex has started activity in our country, belonging to Construcciones Juanes. Also Realia Immobilaria has opened an office in. The same firm wants to buy a company Pekao Development from the Bank Pekao. They are also prepared for entrance on our market Comapa Inmobiliaria and Inversiones Inmobiliarias.

The Spanish firms have been specialized in residential investments, acting on their own market. Strange nothing, that they want to invest in Poland in this segment -; has said Mr. Sven von der Heyden, the owner of German developer, acting in Poland Spain. Mr. Jacek Bielecki confirms that first of all, the Spanish search grounds, where they could build houses and residential districts. Among representatives of developers companies there are opinions, that the Spanish and Irishmen can be the biggest investors in Poland on market of estate. Not all agree with them. - The Irish and Spanish firms are visible really most, but the enterprises with British capital have investments of much bigger value, as Orco Group, for example. It do not think, that the Irishmen and Spaniards could predominate the Polish market polish - says Mr. Robert Chojnacki, the chairman of the company Rednet, the owner of the web site, devoted to the residential market. According to Mr. Jaroslaw Szanajca, the chairman of Development House, one of the biggest developer company in Poland, first of all, the consequence of expansion of foreign enterprise on the Polish market will be the appreciation of prices of estate. It is visible the growth of competition, which is related with expansionism of foreign firms. It causes the appreciation of prices of grounds and apartments. It paradoxical, but so there is in this sector, that growing competition does not lead decrease of price of apartments, but on the contrary, it makes their increasement. - has said Mr. Jaroslaw Szanajca.

Especially for "Rzeczpospolita": since long time we were interested in Polish economy since long time. Mr. Manuel Jove Capellan, the chairman of Fadesa: Fadesa invests for a long time on foreign markets. We are present in Morocco and Portugal. We are in Romania fro many years, but from the last year we are also in Hungary. We will be on other markets also. Poland, which is a very promising country, was of our interest since long time. From the point of view of population, have for us the particular values. We specialize in construction of apartments for middle class. For average price and good qualitatively. We think that there is a lack of such investment in Poland, so, this market is so interesting for us.

A new residential quarter called Patrick's Homes is under construction in Wilanów near Przyczółkowa Street. This will be a complex of 18 freestanding, duplex and row houses of between 250 and 390 square meters. The complex was designed by the Staner architectural studio. The investor is IONA Investments Sp. z o.o., a company established by Irishmen Kevin Fitzsimons and Joseph Anthony Kenny. For years, Fitzsimons and Kenny have invested in housing projects, office and commercial buildings, restaurants, bars, public utility buildings and hotels in Ireland, England and the United States. The first investment to start the Irishmen's operations as developers in Warsaw was Patrick's House, a secluded project comprising 52 apartments in Żoliborz. The completion of Patrick's Homes is planned for the first quarter of 2008. The general contractor is Adpol-Hurt Sp. z o.o.

As runaway demand pushes up housing prices, customers are ready to snap up just about any new apartment, either for their own occupation or as an investment. In a situation reminiscent of the early years of Poland's market economy, even bare "holes in the ground" are selling instantly, with the apartments still on the drawing board. The Polish housing market has gained enormous momentum since the country joined the European Union on May 1, 2004. As builders strive to meet European quality standards, prices are also rising to higher levels, though, for the time being, they are still lower than elsewhere in Europe. Specialists say demand for premium apartments will continue to run high as long as there is demand for luxury in general. Developers do not even bother to promote their projects because most new apartments are selling anyway-and long before they are constructed. Housing construction is increasingly lucrative business these days, and prices are rising so fast that many developers are backpedaling on their preliminary agreements with clients (choosing to pay penalty interest) only to sell the same apartment for a much higher price the next day. 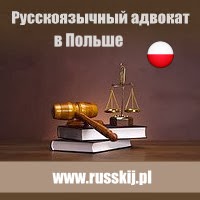 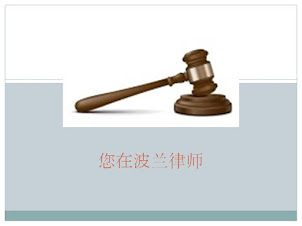 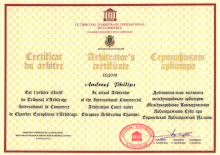